5 Things You Need to Know as Kilauea Volcano Erupts Again

The famed Kilauea volcano is active again, erupting at the Halemaumau Crater with lava flows stemming that can stretch for what seems like miles on end! People from around the world come to see this magnificent natural wonder, and we want to make sure you get the inside view on how to explore this sight to truly experience it—and, of course, to get the perfect "Insta story shot"! 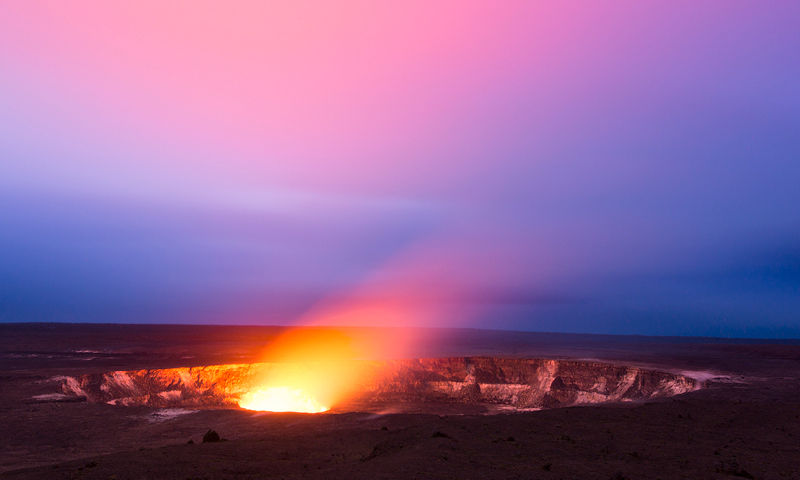 1.  Meet the Most Active Volcano on the Island of Hawai'i

Located along the southeastern shore of Hawaii Island (the Big Island), Kilauea is the most active of the island's five active volcanoes, erupting on average every two to three years—and it's also one of the most active in the world. As the centerpiece of Hawaii Volcanoes National Park, you can also check out impressive landmarks like Thurston Lava Tube, the Mauna Loa Strip Road and the Sulphur Banks Trail nearby (and find even more awesome Hawaii island adventure picks here!).

Kilauea is a young 200,000 years old. The volcano is believed to have originated between 200,000 and 280,000 years ago, but was hidden for nearly half of that time. It emerged above sea level for the first time 100,000 years ago, and was formed by the Pacific tectonic plate moving over the Earth's underlying mantle.

For the most amazing views, head to spots like Kilauea Overlook, Uekahuna, Wahinekapu, Keanakakoi, Kupinai Pali and the locations scattered along Crater Rim Trail. Always do your research to ensure that an area you're heading to is considered safe at the moment before making the trip. 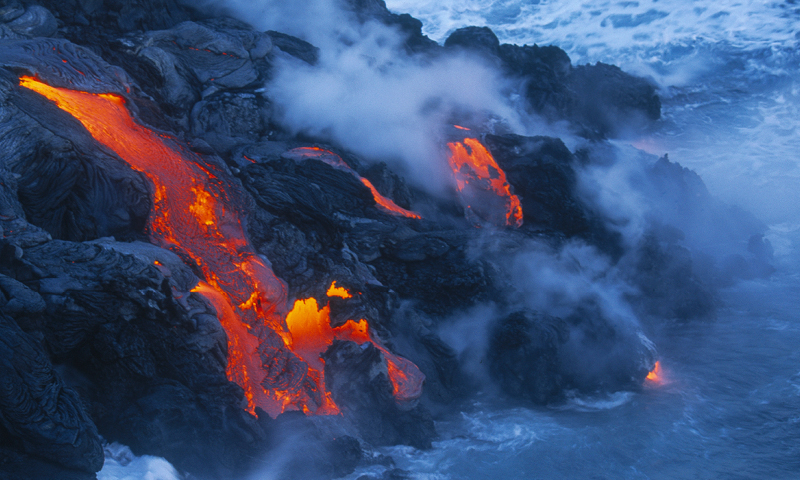 4. Hang out with the Hawaiian Fire Goddess

Kilauea's peak has a collapsed 4,090-foot summit that forms a caldera that is 3 miles long by 2 miles wide, with the elegant slopes of Kilauea merge with the neighboring Mauna Loa volcano. And legend has it that the majestic scene of the current eruptions, Halemaumau Crater, is believed to be the home of the Hawaiian fire goddess named Pele.

In native Hawaiian culture, volcanoes are considered to be sacred places. Make sure to follow the local considerations, including being mindful of your surroundings and only admiring lava from a distance. Note that the perimeters are set up to ensure that people stay away from areas currently closed off due to the red-hot geological activity happening, and make sure to never go beyond these boundaries. Also make sure to take the Pono Pledge to ensure you're traveling (and exploring!) in a responsible, respectful and safe way while visiting this beautiful site.

From exploring the stunning beauty of Kilauea to the island's most interesting superfruit, the Kona coast is one of the most spectacular across all the Hawaiian islands. Stay close to the action—Outrigger Kona Resort and Spa is the closest to Kilauea activity—and book your stay now for special $179/night weekly rates—and this bucket-list worthy geological light show experience!